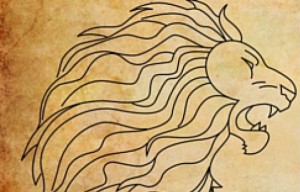 It was one of those dreams that wake me up at night and then haunts me for weeks after.

The most significant part of the dream began with me walking alone on a dirt road with thick woods on either side. There were a few other people walking along the road, but I did not interact with them. I felt isolated and alone as I walked. From a short distance away, I heard someone yell, “Look out!” I instinctively jumped to the right side of the road as a circus train barreled past me on the left. The train was a miniature size and was barely as tall as I was. As the train rolled by, I noticed that many of the windows in the train cars were broken and I thought, “The circus animals are going to be loose!”

As soon as the train went by, I excitedly began to search for the animals that would be roaming free. There was an amazing sight in front of me. There were elephants, zebras, monkeys, and other animals casually roaming about. The animals were everywhere!

In an instant, my excitement disappeared as I realized there might be a lion among the newly freed animals. I froze with fear at the thought of meeting a lion. I said a quick and fervent prayer, “Please God. Please, don’t let there be a lion. Please, no lion!”

As soon as my prayer was finished, I looked up to see a huge lion ahead of me and on the side of the road. The lion was staring at me and I was gripped with terror. Slowly the lion, while keeping his steady gaze on me, sauntered to the center of the road. He looked at me as if daring me to cross his path. I felt trapped. I thought, “I can’t do this. I’m going to die.”

In the blink of an eye, the lion was suddenly hidden from my view because a huge cart appeared in front of me. It was a very large, heavy, wooden cart. The thought came to me that if I pushed the cart, the lion would be crushed. I knew I didn’t have the ability to push the cart by myself. I got a strong impression that if I could just push with all my might, the cart would begin to roll. There was a push bar in front of me and I grasped it firmly and tried to push.

Another impression came that I had to believe that I could push the cart. I tried to push again, but this time I told myself I could do it. “Have confidence! You can do this! Confidence!” I told myself. I gave all the effort that I had. The cart began to budge a bit and then it slowly began to roll. Once it started to roll, it just kept going and I was surprised at how easy it was to push.

The cart rolled over the spot where the lion was. I couldn’t see him, but I knew I had crushed the lion under the weight of the cart. The lion was gone. There was no sign of him anywhere.

I crushed my fear. I crushed the lion.

As I progress in my healing from betrayal trauma, I remind myself that I may have to continue facing down lions. I have a heavy cart, the Atonement of Christ, that I can utilize to overcome any and all obstacles and fears in my life. I just have to have confidence in myself and believe in the power of the Savior.  This website is a collection of my experiences in my efforts to crush the lions in my life, most notably those associated with betrayal trauma.