When Prince Charming rode into my life, I was ready to jump on the back of his horse and ride off into the sunset. I wasn’t too concerned about where the trusty steed would take us because I knew our love would conquer any conflicts we might encounter. 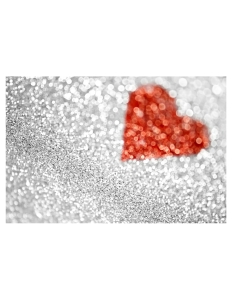 We had one of those marriages made in heaven. We were happy. We had fun together. We had great kids. Everything seemed so perfect!  He always addressed me in loving terms. He opened my car door. He did everything that gave the appearance of a happy husband in a satisfied marriage relationship.

And then a dark cloud appeared. My husband started behaving oddly and he actually told me that he was not happy. I took all the blame for anything that could possibly be amiss in our marriage because I knew my Prince Charming could do no wrong. It was our 25th year of marriage and my husband had already served in a number of church leadership positions. I knew that he could not be serving in those positions if he was not worthy, so I obviously was the one who needed to straighten up and change. I went to my bishop and then to my stake president to see if I could figure out what was going on with our marriage. They were both just as confused as I was. I knew I couldn’t change my husband, so I worked on changing me.

Our relationship seemed to improve over the years. We were invited to speak numerous times about marriage and other gospel topics. We were living the ideal life and everything seemed to be going perfectly until we took a trip to celebrate our 37th wedding anniversary. My husband was moody and insensitive during our travel time. Something was wrong, but I couldn’t really put a finger on what it was.

Within a few weeks of that trip, my adult daughter made a grim discovery on my husband’s laptop computer. My husband was making arrangements through an online dating site to hook up with other women. I was devastated. When the bishop asked my husband to turn over his temple recommend, it felt like my heart was going to fall on the floor between my feet. Everything I knew about my world was suddenly spinning in chaos. My husband, for the entirety of our marriage, had been keeping secrets. He was a poser who had deftly crafted two very separate lives. It would take a very long while before his second life as a sex addict would become more clear.

Details began unfolding regarding my husband’s sexual abuse as a child. He never told another soul about his abuse. So, by the age of ten, my husband had learned the perverse side of sex as well as how to keep secrets. He began viewing pornography as a pre-teen and continued viewing it intermittently throughout his life.

Three weeks after my husband’s initial disclosure, l was still haunted with the feeling that there was more to his story. Finally, on a Sunday afternoon, with the Spirit guiding me, I told my husband that I knew there was more information and that he needed to choose the truth.

I looked right into his eyes and said, “Choosing the truth is choosing me.”

He agreed to talk with the stake president that afternoon. That’s when I found out about the two affairs that occurred earlier in our marriage, one of them during our 25th wedding anniversary. I’m not sure what else to call these adulterous meetings. He didn’t love the women. He used the women briefly for sex and then dumped them.

Whatever one wishes to call these incidents, (trysts, affairs, or sexual encounters), my husband committed adultery. He broke the covenants we made together in the temple and

He broke my heart.

I plummeted into a dark and lonely place. It took time and hard work, but eventually I crawled out of the trauma pit and began to heal.

Healing is a process, not a decision.

I am still in the process of healing. Maybe the lessons I’ve learned in this process can help others work through the maze of emotions and dark fears. My story has not ended, yet, but I am becoming more hopeful in the possibility of a “happily ever after.”

5 thoughts on “My Story”